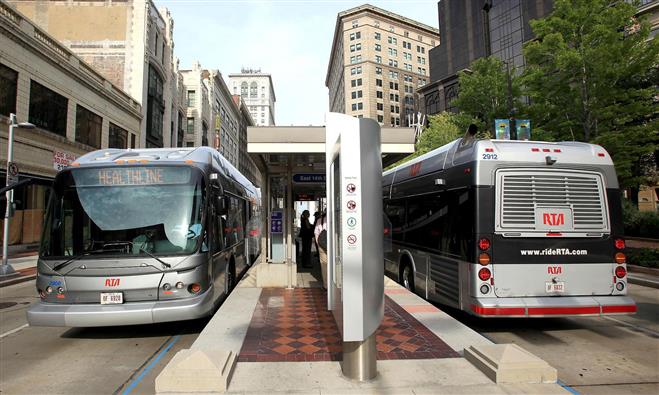 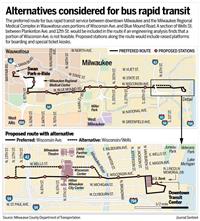 By Don Behm of the Journal Sentinel

The County Board's transportation committee and the Common Council's public works committee in separate meetings Wednesday recommended use of a preferred route along sections of Wisconsin Ave. and Blue Mound Road for the new bus service.

Ald. Mark Borkowski was the only official to vote against the proposal at those meetings.

The Common Council will act July 26, and the County Board on July 28, on their respective committee recommendations.

The Wauwatosa Common Council adopted the plan on June 21.

Approval of a preferred route by all three local governments is needed for county transportation officials to apply for a federal transit grant that would pay 80% of the estimated costs, county Department of Transportation Director Brian Dranzik said.

The cost of establishing the service along the nine-mile route is estimated at $45 million, a County Board resolution says. Costs include buying special buses, constructing stations with boarding platforms and ticket kiosks, and creating exclusive lanes for the buses.

All of those ingredients are needed to cut transit times in the corridor, attract more bus riders and reduce vehicle congestion along the route, officials said.

A county consultant estimates 13 minutes of transit time would be shaved off the full length of the route between downtown and the county park-and-ride lot on Swan Blvd., between I-41/U.S. 45 and Highway 100.

The service would cut eight minutes off the transit time between downtown and the regional medical complex, according to the consultant. Those reduced transit times would boost ridership in that corridor by more than 30% a day, the consultant said.

But Milwaukee aldermen on Wednesday pointed to unresolved issues with use of exclusive lanes.

Ald. Robert Bauman said extensive use of dedicated lanes for the bus service would inconvenience other drivers by barring them from entering traffic at intersections where there are no traffic signals.

Ald. Michael Murphy said residents and businesses along the route are concerned about the loss of parking in their neighborhoods if those lanes were to be used for the new service.

County officials at the city committee meeting Wednesday said costs could come in between $42 million and $48 million, depending on how much of the route includes dedicated lanes for the service.

Costs would be raised by creating the exclusive lanes, but greater use of dedicated side or center lanes would reduce transit times and make the service more competitive with vehicle traffic, according to Dranzik.

At an estimated total cost of $45 million, the county's share would be $9 million, according to the County Board resolution.

The county already has set aside $1.2 million for installing traffic signal priority technology for the service, enabling a bus on the route to extend periods of green lights at signals so it can pass through an intersection. The county would borrow $7.8 million in 2017 to cover remaining local costs, the resolution says.

Final negotiations on the extent of exclusive lanes along the route in Milwaukee and Wauwatosa are among the next steps for establishing the service.

The first priority for the county is to meet a federal grant application deadline of Sept. 2. That is key to establishing the service by 2019, officials said.

County transportation officials and regional planners proposed establishing bus rapid transit by 2019 as an option for commuters during reconstruction of I-94 between 16th and 70th streets. State transportation officials are planning to add one lane in each direction on that stretch of freeway and construction could start in 2020 or later, depending on availability of funds.

Bus rapid transit service would reduce congestion by helping to take 6,700 cars a day off the route while improving transit service to jobs and health care, officials said.

"BRT is a major step toward modernizing our transit system in a responsible and sustainable way," Abele said in a statement. 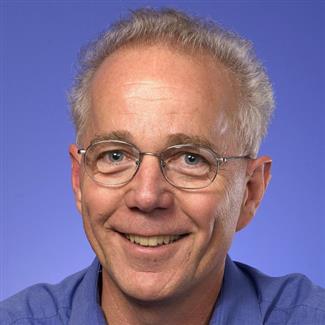